As a kid, I never got to control what was on the T.V. When the year 2005 rolled around, I was hearing of Avatar: The Last Airbender but had had only seen part of it once while flipping through the channels. By not actively watching it, I felt as though 11-year-old me had missed out on something. More recently, looking through what was available on Amazon Prime Video, I found that the entire series was available for free streaming. So, ten years after its debut, I did a service to my 11-year-old self.

At certain points throughout the series, I would say “Hey wait, this reminds me of…” and (not surprisingly) it was usually the Star Wars films that it reminded me of. There were moments of Intertextuality.

I should clarify Intertextuality. For those who didn’t study Literature in college (and plan to have a job after graduation), this is when one text is similar to a previous one, such in the way that it is an homage to the other work. I don’t intend to say that Avatar: The Last Airbender is stealing from Star Wars, nor do I plan to overstate by saying that it is *literally* the same thing when they are clearly not. But let’s start with the most basic.

Needless to say, this post will contain full spoilers for both Avatar: the Last Airbender and Star Wars. 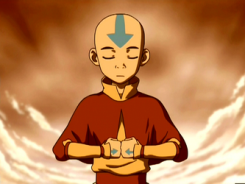 This one is rather straight forward, it’s a trope we see everywhere. Anakin (though arguably Luke) and Aang have specific destinies. Anakin and Luke have to bring balance to the Force by defeating the Emperor, and Aang has to bring balance to the world by defeating the Fire Lord. This goes a little deeper by having three primary characters: two of them (one male and one female) have special powers, whereas, the third is there for muscle/strategy/comic relief. (Additionally, we see a brother and a sister pairing, with the third person ends up romantically linked with the sister.)

The Chosen One trope is found in plenty of stories, such as traditional epics, Lord of the Rings, Harry Potter, The Matrix, and seemingly most video games have Chosen Ones, so it’s hardly a surprise that there is some overlap between the two. Looking at the circumstances of the Chosen One’s origins, however…

Both stories involve a tragic origin for the Chosen One character, both of which involve genocide. In Revenge of the Sith, we get the famous “Execute Order 66” calling for the extermination of all Jedi. When Fire Lord Sozin allows Avatar Roku to die, he then decides to execute all the airbenders, preventing the avatar cycle from continuing properly. There are few differences between these two situations, the most notable likely being that Order 66 would have wiped out all Jedi, whereas if Sozin had succeeded in his genocide, he would have just given rise to a Waterbending Avatar (and that probably would have just caused more genocide).

With both Vader and Zuko we see villains who are rather conflicted, and, as we see towards the conclusion, not entirely bad. In fhe final installment, both help the hero to defeat the villain. Vader’s redemption is decidedly quicker, in that he simply picks up and drops the Emperor to the death to defend his son. Zuko, on the other hand, struggles with redemption the entire series before deciding halfway through the third season that he ought to help the Avatar rather than hunt him. The two show a contrast in how gradual their redemption is; Zuko’s search for honor is the major B-story of the series, whereas Vader’s redemption is a split-second decision to save his son.

Towards the end of Book Two, we start to see parallels to Empire Strikes Back. Nearing the end of the heroes’ stay in Ba Sing Se, Aang leaves to go learn from Guru Pahtik. Though there are different circumstances in arriving there, this parallels Luke’s journey to visit Yoda. Both separate from their groups to learn from a quirky hermit about their spiritual connection to the world. This continues until the chosen one has a vision of his friends encountering danger in a foreign city. If the protagonist leaves, his training will be interrupted, and he won’t be able to defeat his enemies. He leaves anyway, and is defeated.

(EDIT: The recent Game of Thrones Season 6 Trailer makes me wonder if they’ll do the same thing. Bran has the vision to see things happening to his family members, so one wonders if he’ll abandon his training with the Three-Eyed Raven to come to Jon’s [or perhaps Sansa’s] aid. We don’t know what Bran can do, so there’s no guarantee he will or won’t do anything. We’ll have to wait and see.) 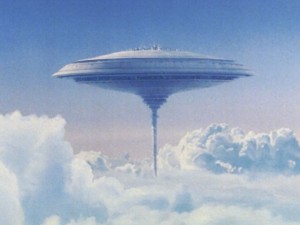 The Empire Strikes Back probably wasn’t the first sequel to end darker than its predecessor but it seems to have set a precedent (think The Dark Knight, Hunger Games, The Avengers to name a few). There are a few moments in Empire in which one feels that the heroes have been utterly defeated. Between Hoth, bumbling through space, and the events at Cloud City, Empire is full of down-notes.

Luke gets his hand chopped off, Han gets betrayed and frozen in carbonite, C3PO gets blown to pieces… It’s just not a good time for our heroes. This is similar to what we see throughout Book Two: Aang sees the terror of the Avatar State, Omashu is conquered, Appa gets captured, and no one seems to be listening to the heroes once they arrive at Ba Sing Se. In the Season finale, Ba Sing Se is conquered, Toph kidnapped, Aang almost killed, and Zuko regresses on his quest for redemption.

The endings aren’t the same, but they both have a bleak-yet-to-be-continued outlook. They help add nuance to the notion of the war in both stories – wars aren’t won immediately, and there will be failures from time to time. 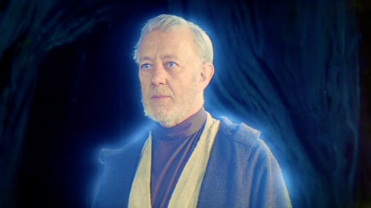 Obi-wan and Avatar Roku are both mentors the protagonist who come back in the form of a ghost to assist the hero in his quest. Both tried to prevent the villains from rising to power in the time before the story, but failed. Sozin was killed by the evil he was trying to stop, whereas Obi-Wan escaped.
7. Give into your anger 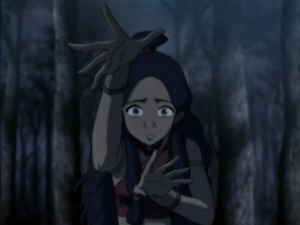 In Luke’s battle with the Emperor, he is tempted to kill. Easily the most interesting situation in the entire film, the Emperor tells that either he, Vader, or Luke will die. Either Luke will kill or be killed. If Luke kills Vader or the Emperor, he will become evil and ascend to their position. A parallel to this is seen in s03e08, “The Puppetmaster,” which introduces blood-bending. Katara learns advanced water-bending from an old water-tribe refugee. However, when the old woman teaches Katara about blood-bending, Katara objects to this evil and the two fight. But when blood-bending is used on her friends, Katara realizes that the only way to win is to use the same technique (I was going to say “fight fire with fire,” but that’s not exactly right).

Luke accepts defeat by staying true to his principles, and Katara transgresses to save her friends.

Shortly before the battle between Aang and the Fire Lord, Zuko raises the moral question of slaying the enemy: does Aang really plan to kill the Fire Lord? In other instances, such as the Book Two chapter “The Avatar State”, Aang has been afraid of how powerful he can be.

Going back to the scene mentioned in number 7, Luke versus the Emperor and Vader is rather similar to Aang versus the Fire Lord. Neither hero is willing to kill his enemy, which is a necessary thing to overcome evil and save the world. (I talked briefly about the importance of a hero making the moral distinction not to kill in the Batman Singularity.)

Aang gets around this by taking away the Fire Lord’s bending; this would be liable to feel like a cop-out/deus ex machina/etc., but since he has displayed the immense strength of his Avatar powers, it seems believable. As stated above, Luke bravely accepts defeat, giving room for his father to step in.

Legend of Korra and the Force Awakens both seem to be concerned with what happens after the war is won. If speculation about Force Awakens is true, then the characters Rey and Finn will be defending the Republic that our heroes fought to establish, just as Korra is about Korra and others trying to defend Republic City in the name of Avatar Aang. (Or maybe that’s not what it’s about, I’ve only seen one episode so far.)

P.S. Thank you for sitting through  me gushing over things I love. Sorry if you guys are already tired with my Star Wars related posts – I’ve got a few more in the line-up, and well, I’m just really excited about the Force Awakens. 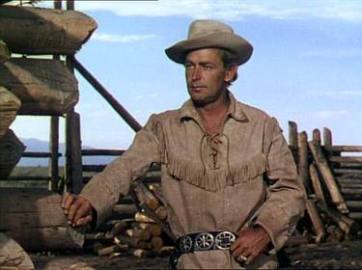 So this one doesn’t relate to Star Wars, but the similarities were too great not to share. Shane was a 1949 novel, adapted into a film in 1953, and has remains a favorite among western fans. (Incidentally, it was my grandfather’s favorite film.) It tells the story of Shane, a gunslinger who wanders into a farming town and befriends some farmers who are trying to keep their land from being bought out by a monopolizing rancher who is a bit of a bully. Shane works for and bonds with the family, especially their kid, but in the process, becomes a target for the bully. Shane defeats the hired guns and the bully, but fears he has become too violent for his own good. He leaves, as the child desperately cries out “Come back, Shane!” Which is the movies most famous quote.

This parallels the story we see in “Zuko Alone”; Here, we have a wanderer who shows up and befriends a farmer and his family, but most notably his child. Eventually, local bullies goad the wanderer to show his hidden capability for violence.

Intertextuality: The Noble Heroes of the Magnificent Seven Samurai

16 thoughts on “Intertextuality: Star Wars and Avatar: the Last Airbender”