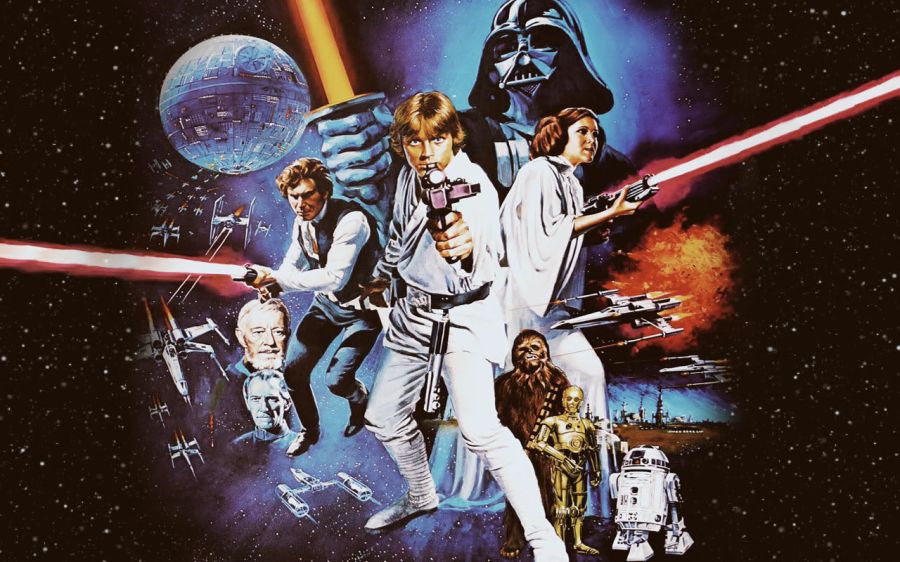 At first I had some hesitation about doing a second Star Wars-related post right after my last one, but then I realized that that’s kind of the point of this. In my previous post, I covered the saturation of the past year of Star Wars coverage (it has been a year – the teaser trailer dropped last November) culminating in a Secret Santa event and a trip to Walmart, which is inundated with all sorts of Star Wars merchandise; but in this week before the release of The Force Awakens – easily dubbed “Star Wars Week” to show the huge impact of the series – one simply has to take a moment to acknowledge the scope and importance of this movie. (Basically, if in the last post I discussed the saturation and the over promotion of the film – the dark side. Here, I talk about the franchise that everyone loves – the light.)

With The Force Awakens, we are revisiting a storyworld that has enchanted viewers and filmmakers for years and years now. And yet, it’s so exciting, because unlike the prequels, we have no clue where this story is going to go. Many people, myself included can hardly contain their excitement. As I have said before, this is the most anticipated film release of all time.

Even the release itself is a story. Here’s a franchise that achieved glory in its original run, but stumbled in the 2000’s, leading to this chance to re-prove itself after the acquisition by a larger company. Think of that, and the fact that this film has to make 1.5 BILLION dollars (already making 50 million in advance ticket sales) to be considered a success, along with potential makings for young stars such as Daisy Ridley and John Boyega, as well as a potential last hurrah for our heroes Harrison Ford, Mark Hamill, and Carrie Fischer. This will make a hell of a documentary or tell-all book.

I’ve probably covered this in my previous posts about Star Wars, but let me reiterate it: every science fiction has an overarching theme which helps indicate something about humanity. (Classic) Star Trek is a scientific exploration of the universe, Doctor Who indicates the importance of the individual, the Alien films show space as a force of nature, Terminator tells of the dangers of technology… but Star Wars? Star Wars, when done right (and sometimes, even when not done right), is an eternal struggle of good versus evil. From the Old Republic to the First Order, evil always comes back. So many scenes highlight this – Luke in the cave, Luke in the throne room, Anakin’s descent into madness, George Lucas’ justification of Han not shooting first, any scene with Vader versus Obi-Wan… all of it adds up to a colossal story of good and evil. Not to mention the original film is the quintessential example of the Hero’s journey.

Let me take a moment to talk about the website Flickchart. Flickchart allows users to rank films by their preference, creating a ranking from worst to best of every movie the person has seen, and using all these numbers to create a composite list of every movie of all time, which is kind of fascinating when you think about it. Here is Flickchart’s top 10 list:

If we look at that, it shows that so many people hold Star Wars (later re-titled A New Hope) as a great film that it is revered enough to be considered the greatest film of all time, and The Empire Strikes Back as the second greatest. (While I would certainly, in an arbitrary ranking, accept either of these movies as the best and second best of all time, in no way is Return of the Jedi the 8th best.) But this shows what’s always been a part of the Star Wars franchise – accessibility and mass appeal. And of course, there’s a tremendous amount of nostalgia for everyone (including me, of course) who watched these movies growing up and looks back at them fondly. For some, this might have been one of the first moral characters they looked to to teach them. I can recall my own father quoting Yoda to me, offering his aphorisms as valuable life lessons (which, to be fair, they are).

On the commentary to Star Trek (2009), J.J. Abrams has explained it in such a way that Star Trek is like great classical music, where as Star Wars is like Rock n’ Roll. This was his way of explaining to fans of the classic Star Trek what he had done to the franchise, but this sentence makes so much sense in reference to Star Wars – it’s supposed to be Rock n’ Roll, it’s supposed to be fun. (One almost feels that J.J.’s attempts at Star Trek were him trying to change the tone and make it more like rock n’ roll, in a similar way that George Lucas did the prequels in an attempt to make the Star Wars franchise more like classical music.) J.J. saying (in 2009, mind you,) that Star Wars is like Rock n’ Roll makes it seem like we’ll be returning to the same sense of fun that guided the original trilogy. (In many ways, I think that Guardians of the Galaxy was the best Star Wars movie
since Return of the Jedi.) 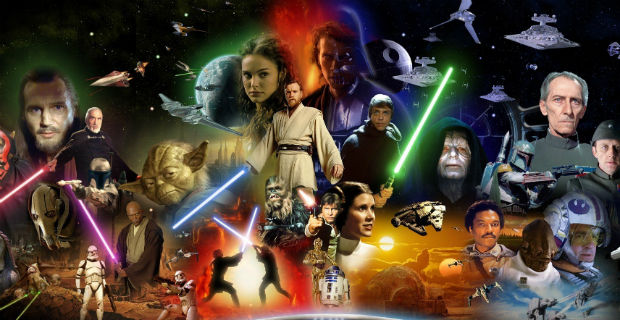 Star Wars is an integral part of pop culture – so I hope my readers will forgive me devoting several posts to it recently. Darth Vader, Yoda, Han Solo, Princess Leia, Luke Skywalker, the Stormtroopers, all of these are iconic parts of popular culture. When one hears the term “movie magic” they think of films that immerse us, and make us feel a certain way.  Upon seeing early footage, many people noted the John Williams score and seeing Han and Chewbacca on screen took them back and charmed them. Star Wars is movie magic at its most magical. From early reactions to The Force Awakens, it sounds like this magic will be restored to the franchise.

Consumerism and the Darth Vader Toaster

4 thoughts on “The Force Will be With You, Always: Star Wars as a Cultural Event”