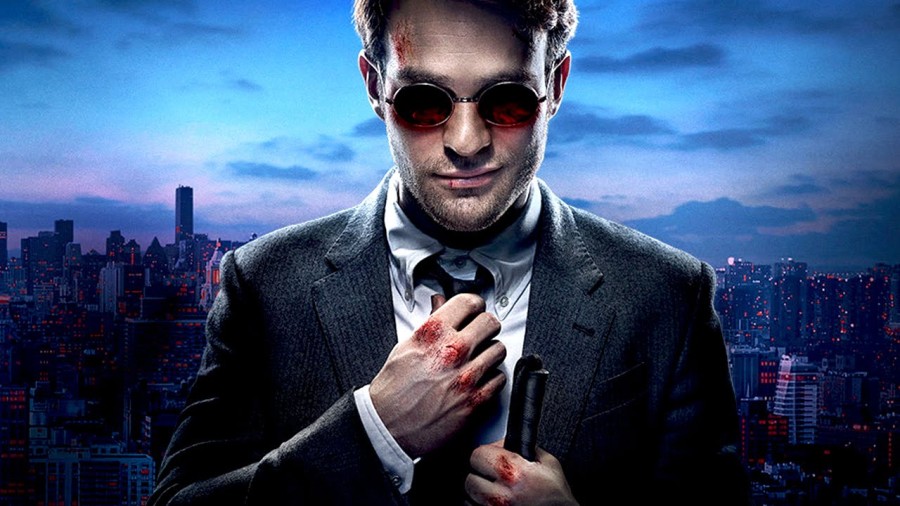 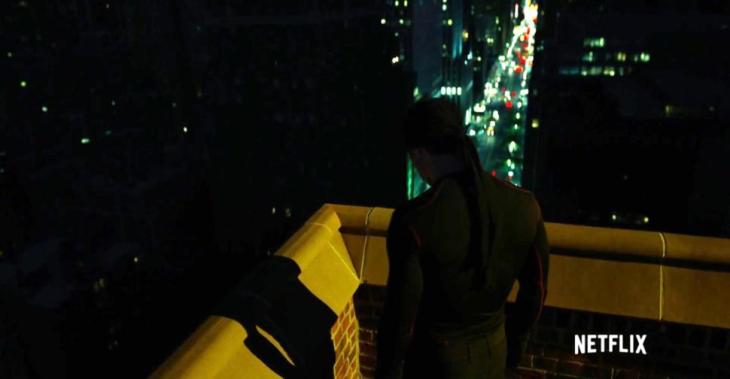 The Netflix original series Marvel’s Daredevil has exceptionally complex portrayal of violence and morality. It has been lauded for its characters and story. It adapts the Marvel Comic series of the blind superhero, Daredevil, who fights using only his fists, and his everyday persona Matt Murdock, who is a defense attorney. As both vigilante and attorney, Murdock tries his best to do right for his city while maintaining his Catholic faith; however, his role as a vigilante causes him to commit great acts of violence. He is contrasted with the series villain, organized crime boss Wilson Fisk, who seeks to gain control of the city. The morality of these two characters is blurred, as they both seem to have noble goals behind what they do, but commit many acts of violence along the way.

Throughout the series, the number of punches that Matt Murdock/Daredevil throws are likely more than Wilson Fisk throws. Daredevil will do more violent things per episode, often during his investigations on the street. However, Fisk’s violence is much more eruptive and extreme. At one of the series’ more renowned moments, he decapitates one of his subordinates with a car door. The violence in this series is depicted as graphic, gory, and extremely taxing on the body. After each of Daredevil’s forays into the criminal underworld, he comes back physically injured, and in need of healing.

Both talk about bettering their city. Murdock’s law firm provides legal defense for those innocent without the means to defend themselves. Murdock and his partner, Foggy Nelson, talk about this constantly; Foggy argues that they need clients, so they shouldn’t discriminate between who they think might be innocent or guilty. Murdock counters, suggesting that they should strive to bring justice. By contrast, Fisk plans to build up new infrastructure, and stamp out the evils of the city, chiefly starting with the Daredevil (then called the Masked Man) who is then portrayed by the media as a terrorist. Fisk’s goals for the city are mostly noble, but are achieved through intimidation and funded by illegal activity.

Fisk seems to believe he is doing the right thing, and Murdoch wonders if what he is doing is the wrong thing. By the end of the season,  Fisk owns up to his evil this speech:

I was thinking about a story from the Bible. … I’m not a religious man, but I’ve read bits and pieces over the years. Curiosity more than faith. But this one story, There was a man. He was traveling from Jerusalem to Jericho, when he was set upon by men of ill intent. They stripped the traveler of his clothes, they beat him, and they left him bleeding in the dirt. And a priest happened by, saw the traveler. But he moved to the other side of the road and continued on. And then a Levite, a religious functionary, he came to the place, saw the dying traveler. But he too moved to the other side of the road, passed him by. But then came a man from Samaria, a Samaritan, a good man. He saw the traveler bleeding in the road and he stopped to aid him without thinking of the circumstance or the difficulty it might bring him. The Samaritan tended to the traveler’s wounds, applying oil and wine. And he carried him to an inn, gave him all the money he had for the owner to take care of the traveler, as the Samaritan, he… continued on his journey. He did this simply because the traveler was his neighbor. He loved his city and all the people in it. I always thought that I was the Samaritan in that story. It’s funny, isn’t it? How even the best of men can be deceived by their true nature. … I’m not the Samaritan. That I’m not the priest, or the Levite. That I am the ill intent who set upon the traveler on a road that he should not have been on. 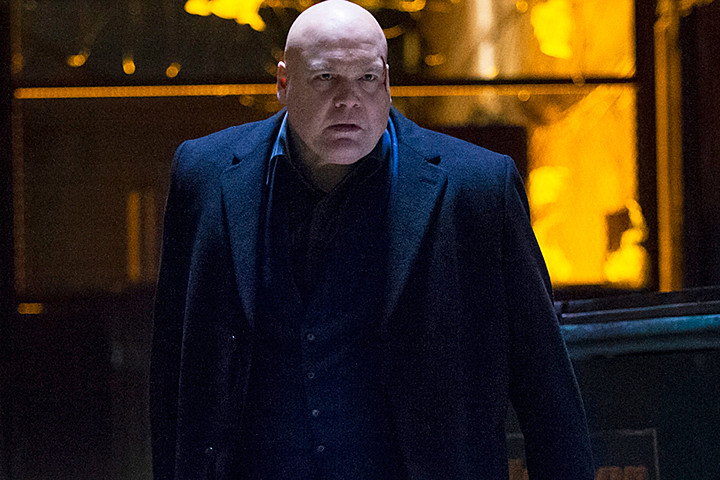 Nothing looks flattering about the violence. Although this takes place in the same fictional universe as films such as The Avengers and Iron Man, the tone and content are vastly different. The depictions of violence are miles apart. The Winter Soldier gets closest to showing what Daredevil shows; a violence that is complex and physically exhaustive. It doesn’t look heroic. It seems to lead down a dark hole of moral ambiguity; the protagonist struggles with his guilt, and the villain rationalizes why he isn’t the bad guy. The show’s setting, real life New York subsection Hell’s Kitchen, is portrayed as a dystopia of organized crime and corruption. Daredevil shows a world that is so morally troubled, and, looking at Daredevil and Fisk, violence is both the source of their problems and the remedy for it.

In The Batman Singularity, I discussed how Batman and characters like him, such as Daredevil, constantly debate about the moral distinction of staying above murder. In Daredevil, Murdock constantly confers with his priest about the morality and immorality of murdering Fisk. Certainly, this would put a definite end to the major problems of Hell’s Kitchen, but it would compromise Murdock’s soul. Season 2’s antagonist will be famed Marvel Comics antihero, The Punisher. The Punisher’s main distinction is that, although he is a protagonist in his story, he isn’t afraid to kill his enemies. This affinity for murder is a wonderful chance to further delve into Daredevil’s moral stance. Murdock’s desire to do right without going against what he believes in solidifies him as a hero.