The Return of an Icon

As we draw nearer to the release of Rogue One: A Star Wars Story, more information is being slowly given to us. This week, various photos were released, highlighting the various new characters. I was surprised to learn that Forest Whittacre will be playing a character who previously appeared in the animated Clone Wars series. 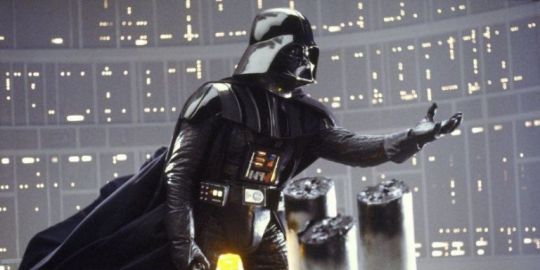 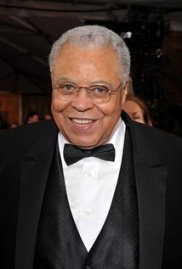 But all that information pales in comparison to what was announced with the film, set just before A New Hope, would feature an appearance of arguably the greatest film villain of all time, Darth Vader.

Darth Vader making an appearance is eventful enough, but it was further announced that James Earl Jones – the  actor who voiced Vader in the original trilogy – would be reprising his role. This is huge news. Vader has always had such a presence, credited partially to his imposing and iconic character design, but Jones’ voice was just as powerful.

It makes me sad to think that this could potentially be the last time we hear Jones’ voice as Darth Vader. He’s an American icon, and I would listen to him read a phone book.

Disney released a trailer for their upcoming film, Moana, and it looks neat.

The trailer doesn’t give much to go on in terms of plot, but it seems fun and looks visually beautiful. However, people are already beginning to react negatively to some of the portrayals of the demigod Maui (Dwayne “The Rock” Johnson’s character) who is portrayed as obese. People have suggested that Maui’s weight is a stereotype of Polynesian people, but others suggest that it’s not a negative portrayal, and people come in all shapes and sizes. For the full story, click here. As someone who is not Polynesian, I don’t really know what to make of it, but, if nothing else, they cast Polynesian actors, where other movies wouldn’t really care about that. So, baby steps, I suppose.

Superhero Movies: The Justice League and Donald for Spiderman?

A picture surfaced online of Oscar Winner J.K. Simmons preparing for his role as Commissioner Jim Gordon in the upcoming Batman/Justice League films. Most actors will hit the gym before a role, but J.K. Simmons has taken that to another level, being dubbed “Gym Gordon.”

And a lot of details regarding the upcoming Justice League films were released recently. Chief among them was that the film, originally thought to be one film in two parts, will be two separate films, that the main villain will be Steppenwolf, and an official synopsis was released:

Fueled by his restored faith in humanity and inspired by Superman’s selfless act, Bruce Wayne enlists the help of his newfound ally, Diana Prince, to face an even greater enemy. Together, Batman and Wonder Woman work quickly to find and recruit a team of metahumans to stand against this newly awakened threat.  But despite the formation of this unprecedented league of heroes—Batman, Wonder Woman, Aquaman, Cyborg and The Flash—it may already be too late to save the planet from an assault of catastrophic proportions.

Actor/Writer/Comedian/Rapper/Talented Human Being Donald Glover was cast in Spiderman Homecoming. His role wasn’t specified, and I usually wouldn’t talk about this, but this has the potential to be huge news. When The Amazing Spiderman was in development, Donald Glover was the subject of a fan petition (often referred to as “Donald for Spiderman”) to play Peter Parker, or another Spiderman, Miles Morales. As a black and hispanic character, Miles Morales would be a huge change from the traditionally white Spiderman. No one seems to be certain if Glover will be playing Morales, but one can only hope. Having two spider-men in one movie would be a huge draw for this movie, and having more diverse characters in the Marvel films can’t hurt.

Here’s a part of Donald Glover’s stand-up comedy special, Weirdo, (available on Netflix) in which he talks about the Donald for Spiderman campaign.

There were so many cool things shown at the Electronic Entertainment Expo this year. For those of you who don’t know, E3 is a convention at which video game companies display upcoming games. There were some very promising displays.

First, we saw a high-definition remaster of Elder Scrolls V: Skyrim, a highly acclaimed open-world fantasy game. I remember when Skyrim first came out, and people would not stop talking about it. They talked about a colossal world, where the player could explore, and could spend hours exploring all the caves, and could make their own path in the world. I didn’t get a chance to play it, but I was thrilled by this idea of a massive world the player could explore. And that’s not even mentioning the dragons!

When I finally bought the game, about four years after it first became popular, I was addicted (as many people were). I would play it for hours, and there was always something new to be discovered. It was wonderful. I’m thrilled to see that it’s being remastered.

But the remaster isn’t the only reason Skyrim has become relevant again; around a year ago, footage was released for a new and exciting Legend of Zelda game. Details were few, and a delay came, pushing the release date back to later this year. But it was said that this new game would be different, and would have a “western influence.” Many people suspected that this meant that they would take inspiration from Skyrim, (as Zelda is a Japanese-developed series, and Elder Scrolls is an American-developed,) thus Zelda giving a more open-world feeling.

A trailer was released, and a name was given to this new game. Legend of Zelda: Breath of the Wild; it looks unlike any game in the franchise before it, which is refreshing. A series like Zelda could release the same game over and over again, with minor changes and slightly new dungeons, and it would still sell rather well, so it is nice to see them changing up their formula, and taking inspiration from what games have become popular.

Other than this, many highly-anticipated games were displayed, such as Watch Dogs 2 and a new God of War game. For a full list, click here.

Fast approaching the release of Star Trek Beyond, lead actor Chris Pine, who plays the iconic Captain Kirk, and said what fans of traditional Star Trek had been thinking:

You can’t make a cerebral Star Trek in 2016. It just wouldn’t work in today’s marketplace. You can hide things in there – Star Trek Into Darkness has crazy, really demanding questions and themes, but you have to hide it under the guise of wham-bam explosions and planets blowing up. It’s very, very tricky. The question that our movie poses is “Does the Federation mean anything?” And in a world where everybody’s trying to kill one another all of the time, that’s an important thing. Is working together important? Should we all go our separate ways? Does being united against something mean anything?

Simply put, Star Trek has shifted from being a

My father was a big fan of traditional Trek, such as The Next Generation, and the original film series. When the first J.J. Abrams-directed installment came around in 2009, he hated it, whereas I loved it. He explained that Star Trek ’09 was different from the Star Trek he knew; they weren’t going to new planets or learning how to peacefully co-exist with other life-forms. It was just an action thriller in space. This echoes what J.J. Abrams has said before: in his eyes, Star Trek had always been like fine classical music, and Star Wars had been like Rock n’ Roll, and for Star Trek ’09  he took a clear influence from Star Wars.

In the meantime, while discussing Star Trek, I wanted to mention a wordpress that I love, Nerdily, which does stuff similar to what’s seen on this blog. Nerdily’s writer, Mckelodeon, covers both Star Trek and comics much more actively than I do (and she does an awesome Data cosplay), and I would definitely recommend checking it out! 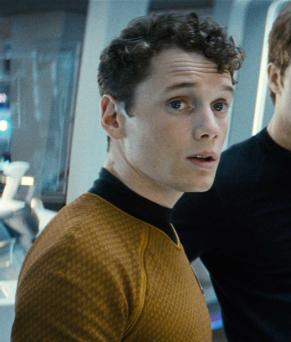 June brought a great deal of tragedy. Relevant to my last topic, Star Trek and Terminator: Salvation actor Anton Yelchin, known for playing Chekov in the revived Star Trek series, died in a freak car accident this month. The young actor, only 27 years old, showed a great deal of promise, and was taken from us too soon.

The city of Orlando was home to several terrible things this month, starting on June 12th with the mass shooting at Orlando Nightclub. This was followed by the shooting of Youtube and The Voice singer Christina Grimmie, at a meet-and-greet with her fans after a concert in Orlando. Much like Yelchin, Grimmie was a talent taken from us too soon, and will be sorely missed. Then, several days later, a child was attacked and killed by an alligator just outside Walt Disney World. And abroad, there was a mass shooting in Viernheim, Germany, and a terror attack in Istanbul, Turkey.

If you’ve never heard Christina Grimmie sing, check out her youtube channel. She made some beautiful cover songs, such as this beautiful gem:

With all these terrible things going on, it’s easy to be afraid. But in times like these, the only thing to be done is to live your life and love the things you love; otherwise, the fear wins.

Not every character has an important origin story, and that’s okay

A Brief History of Movies adapted from Video Games

To Infinity and Beyond: My love for Toy Story