The only moments when I take objection to the success of The Hunger Games is when I remember how criminally underrated Snowpiercer is. To a much greater degree, and in a much more linear fashion, Snowpiercer tells a dystopian story of class warfare and rebellion.

For the unfamiliar, the plot of Snowpiercer runs pretty much like this: The “Snowpiercer” is the name of a train that holds all of humanity as it travels around the world, after a cataclysmic weather event has plunged the world into eternal winter. Each section of the train is sorted by class, with the poorer people in the back, and the extremely wealthy in the back, all of this is ruled by the god-like Wilford, an entity that most of the train has never seen. Curtis (played by Chris Evans) leads a rebellion under the guidance of Gilliam (played by John Hurt). The film charts the progression of Curtis and his companions as they fight their way to the front of the train. The rest of the cast includes Tilda Swinton, Octavia Spencer, Jamie Bell, and Song Kang-Ho.

There are so many great action sequences of note in this film. I don’t want to go into too much detail, since I’m trying to keep this half of the post spoiler-free, but how about the sequence where the train goes around a bend and the sniper shoots at Curtis from one side of the train to the other, through multiple windows? How about that sequence where the entire battle is taking place in the darkness and the rebellion sends the guy running through the train with a torch? There are so many amazing action sequences like these. Every moment is so beautifully choreographed.

From this point on, I’ll be discussing specific details throughout the film, so if you haven’t seen it yet, this is your formal Spoiler Warning. GO WATCH THIS MOVIE! 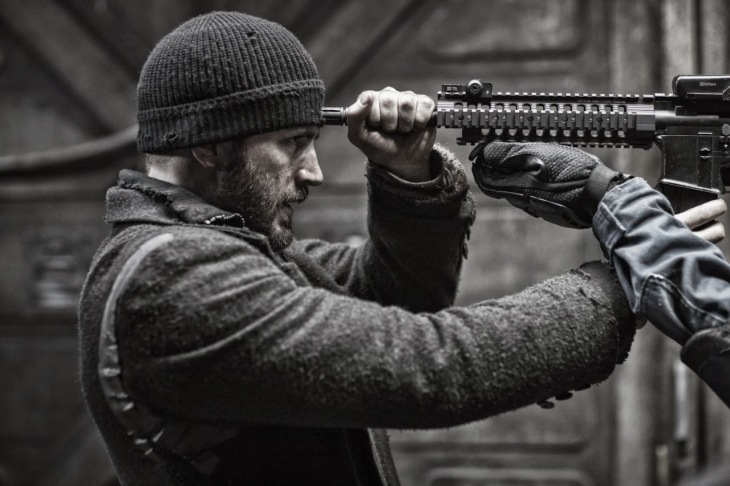 All the greatest moments build heavily on tension and the expectation of incredible violence. The first time this happens is when a minor character, Andrew, throws a shoe at Tilda Swinton’s Minister Mason and is punished by this for the removal of his arm. Any other dystopia would simply cut of his arm with a knife, or something of that effect, but Snowpiercer goes above and beyond. Mason’s goons grab Andrew, place a large clock around his neck, and put his arm through a window of the train so it freezes, while Mason gives a speech about obedience. The camera cuts between Mason lecturing and Andrew howling in pain as he loses sensation in his arm. The scene ends with the frozen arm being brought back into the train and being broken apart with a giant sledgehammer. Take for example the scene pictured above, in which Curtis finds out there are no bullets in the guard’s guns. The scene seems to assure us that there will be some kind of violence, and when Curtis takes the enemy’s gun and points it at his head, we expect it to be then. But, when the gun clicks and no bullets come out, we’re relieved, only to have Edgar scream “They’ve got no bullets!” and for the violence to begin then. The last scene worth mentioning, available below, is the later scene in which Wilford’s forces prove that they still have working guns. The violin being played keeps us at peace, but when Curtis receives an egg with a hole in it, the tension starts to build. As Curtis unravels the note inside, the string on the violin breaks, the music stops, and the violinist cuts his chin.

How about the fish motif? When, before the axe battle, the goons all blood their axes on a fish? Or later during the fight, in an almost slapstick moment, when Curtis slips on the very same fish? Think back to what Tilda Swinton’s Mason is saying during the sushi scene:

Mason: “You people are very lucky – this is only served twice in a year.”

Tanya: “Why? Not enough fish?”

Mason: “Oh enough is not the criterion. Balance. You see, this acquarium is a closed ecological system, meaning the individual number of units must be very closely, precisely controlled in order to maintain the proper sustainable balance.”

If you think of this in context of the final conversation with Wilford, when he reveals that he and Gilliam coordinate the revolutions as a part of his natural selection plan, he also speaks of balance. 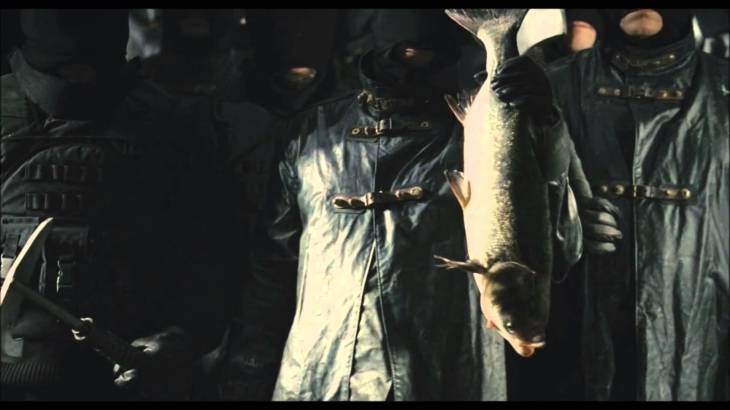 Speaking of that, how about the ending? Shit, man, there’s so much to say about this movie. I know that no matter how much I write about it, I’m only going to scratch the surface of how great it is. Check out these phenomenal videos by Tyler Mowery, Every Frame a Painting and the Nerd Writer, which help highlight some of the other things that are so great about this film.

Favorite Performance: I could talk about the wonderfully slimy performance of Tilda Swinton, the wise and gentle showing from John Hurt, the supportive and concerned performance Octavia Spencer, or the humble yet towering performance of (Spoiler Alert: Ed Harris  ), but hot damn, it could be no one but Chris Evans. Evans does a decent enough job throughout the film, but the last few scenes are what really drives it all home. This transitions perfectly to my next point…

Favorite Scene: I was inclined to count both of Chris Evans’ conversations with Namgoong and Wilford as one scene, but it certainly has to be Wilford, in which we see Curtis gradually resign from hatred to compliance, but then upon seeing what makes the engine work, ultimately deciding that he can never take Wilford’s place. It’s a gut-wrenching scene in which Chris Evans’ performance is guided by his emotive facial expressions. 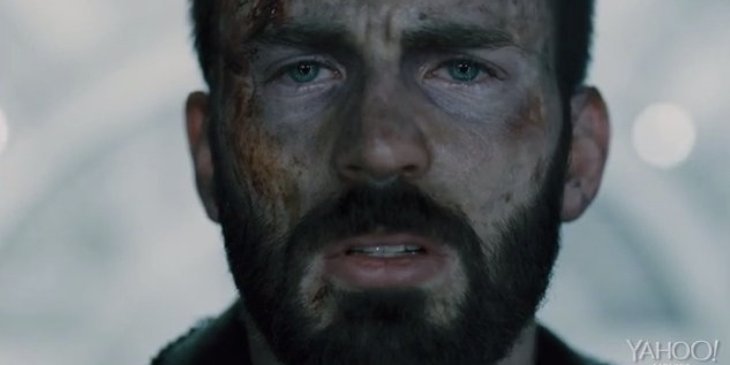 Academy Award Nominations/Wins: None. But when I become president of the Academy, I’m retroactively taking the Best Actor from Matthew McConaughey and giving it to Chris Evans. Sorry, Matthew. His conversation with Namgoong, and the story he tells about cannibalism in the back of the train is absolutely haunting.

Favorite Quote: During the conversation between Curtis and Wilford, Wilford asking Curtis: “Have you ever been alone on this train? When was the last time you were alone?” is one that sticks out because it sheds some insight as to what life on the train is like, but more so because it seems to utterly break Curtis. He starts to cry and falls to his knees. 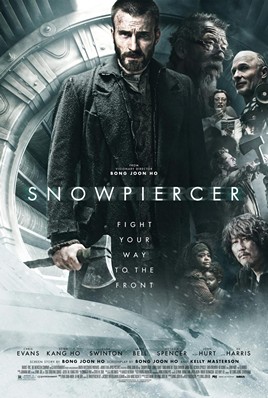 Fun Fact: Okay, I didn’t even realize this until I was looking up various things but take a look at the poster for Snowpiercer. At the end of the film, Curtis loses his left arm while reaching into the train and trying to save Tanya’s son. He speaks about “Giving an arm,” like Gilliam did, for the good of the people. So when he loses his arm saving  Tanya’s son, he successfully does something for the collective good. This is foreshadowed in the movie’s poster, given the fact that Curtis’ arm is obscured and darkened, and made to look as though it isn’t even there.

If you like this, also watch: There’s nothing I can recommend that will fill the same space that Snowpiercer would. I genuinely can think of no movie quite like it. So, that being said, if there’s anything else I can recommend, it’s this cool, animated prequel to the film which helps capture the presumable madness that must have occurred while  boarding. (This is ironic because now it  looks like one of those “Mannequin Challenge” videos.)

Notable commentary, excellent performances, and tight action. This is what Snowpiercer is. This will always be an underappreciated gem in the dystopian genre. For me, it will share a prestigious spot in science fiction cinema; just as I feel with Blade Runner and A Space Odyssey, the more I think about this film, the more I come to adore it.