The whole idea of reading the various locations of heaven-hell-and-purgatory isn’t exactly a new and revolutionary idea. It’s all there – Sunnyside Daycare is a rank-based system like purgatory, the dump is full of fire and a Dante-esque punishment for Lotso, and the happy ending of Bonnie’s house is like a paradise. Everyone knows that. But I don’t think that’s the end of the theory. Let me explain.

The movie starts with all of the characters except for Woody nearly being put in a garbage truck where they would likely die. They are saved miraculously. And perhaps, a little too miraculously. So let me posit this theory: the characters all die, and Woody imagines a happier ending for them. It’s the ONLY thing that makes sense.

Okay this one is wild, so hear me out. Randall Flagg is the bad guy from Stephen King books like The Dark Tower series and The Stand, and there are two basic things about him. A) that he loves chaos and violence and B) that he can shape-shift. So here it is: the Joker is just one of Randall Flagg’s identities. You can’t prove me wrong!

3. Casino Royale starts with James Bond dying, the rest of it is a vivid dream he has as his life flashes before his eyes.

The first scene in Casino Royale is in black and white, but the rest of the movie is in vivid and bright color. You might ask, “Why is that?” To which I would say, “What, have you never seen The Wizard of Oz?” That movie started in black and white, but turned to bright color as soon as Dorothy and the gang transitioned into the world of Oz, which was a dream. So, Casino Royale must be doing the exact same thing. As James bond is obviously too slow on the draw in this scene, the only logical conclusion is that he dies, and that the rest of this movie is a dream.

4. Rick Flagg from Suicide Squad is actually Randall Flagg from The Dark Tower and The Stand.

All of the many forms Randall Flagg takes have the initials RF. And the guy who wants to assemble a team of bad guys is named Rick Flagg? That CAN’T be a coincidence.

5. Curtis dies at the beginning of Snowpiercer, the train is just his version of purgatory.

This hardly needs explaining. They’ve got the same name! They must be the same character.

7.  Game of Thrones is actually a dream of a dying member of the Night’s Watch.

In the prologue of A Game of Thrones, and in the first episode of Game of Thrones, Ned Stark puts a man from the Night’s Watch to death for desertion after the Night’s Watch man encounters a White Walker who kills his friend. (In the show, this character’s name is Will, but in the book, his name is Gared.) The rest of the series is a future he imagines as he’s about to die, hoping that his death will be an important inciting incident on the way to a great story.

8. Rian Johnson from real life is actually Randall Flagg from The Dark Tower.

Okay so as Stephen King confirmed in this tweet, Randall Flagg can take the shape of real-life people. So he must be the most evil among us – Star Wars: the Last Jedi director Rian Johnson. By making such a polarizing and divisive film, he has incited just the kind of chaos and animosity that Randall Flagg is known for. Boom, open and shut case.

9. Walter White dies at the beginning of Breaking Bad, the rest is just a dream. 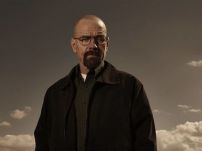 In the first episode of Breaking Bad, Walter White passes out while he’s working at the car wash. Later in the episode is when he gets his fateful prognosis – that he passed out because he has cancer. BUT ACTUALLY when he falls over in this episode, he dies. Then, the rest of the series is just a dream. How’s that for crazy?!

10. Bran Stark is the Night King is Randall Flagg from The Dark Tower.

Okay so, the first part of this theory became popular around May or June of last year – Bran Stark is the Night King. How do we know this? A) Bran can travel through time and do magic stuff B) He has a face, just like the Night King C) He can travel through time. This theory is great, but it doesn’t have quite enough. What if the Night King was also Randall Flagg? If you think about it, it starts to make sense. The Night King is the Big Bad of Game of Thrones and Randall Flagg is the Big Bad of The Dark Tower. What if they’re not actually characters but just embodiments of evil? I dunno, that’s something big to think about.