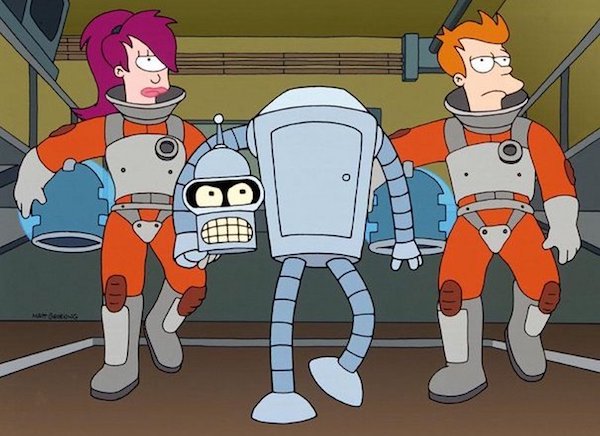 Gabe Cheng left a career as a high school teacher and moved to Los Angeles to pursue his passion for writing and entertainment. His webcomic For Molly publishes for free on his website and he co-hosts the weekly Futurama fan podcast Another Lousy Millennium with his brother Luke.

Welcome to the World of Tomorrow!

With Matt Groening’s new fantasy series Disenchanted coming out August 17th this seems like the perfect time to reflect on how his classic science fiction series Futurama impacted my life.

I was a teenager when Futurama first premiered in 1999. Watching “Space Pilot 3000” with my older brother in the basement of our suburban New Jersey home I remember thinking, this is love at first sight. Futurama was more than just another animated sitcom. Like all great science fiction, it took meaningful messages about modern life and wrapped them up in a package of robots, spaceships and telepathic toads. After innumerable full-series-binge-watches here is what the Holy Trinity of Futurama (Bender, Fry and Leela) have taught me about life.

Go Against Your Programming 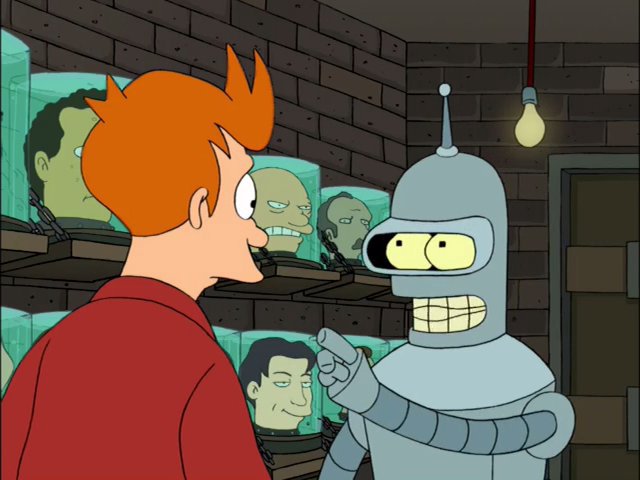 Let’s go back to the pilot. Fate-assignment officer Leela has Bender and Fry cornered in a closet in the New New York Head Museum. Fry pleads with Bender to go against his programming (which only allows him to bend girders) and bend the bars covering the windows so they can climb out. Bender refuses and declares, “you’re full of crap, Fry!” He turns around, breaks a lightbulb with his antenna, gets an electric shock, does a literal and figurative about-face and says, “you make a persuasive argument, Fry!” Bender then bends the bars and they narrowly escape Leela.

Most Futurama fans, myself included, theorize that this is when Bender became Bender. After this moment he grew beyond the parameters of your standard bending unit. He was a chef, an ultimate robot fighter and the breakout star of “All My Circuits.” And even though he could rarely be bothered to do the day-to-day grunt work around Planet Express, he put heartfelt passion into things like playing washboard for Beck or subjugating an entire planet and forcing them to build a giant monument to him.

But Bender’s most significant accomplishment was becoming a part of a human family. How many other robots did you see doing that? If Bender hadn’t gone against his programming he never would have developed the character defining friendship he had with Fry and Leela.

Here’s how this applies to me. I used to be very unhappy in my old career as a high school teacher. But then, like Bender, I made some significant changes. I quit my job, moved to Los Angeles and dedicated myself to writing. And therein lies the lesson I learned from Bender. Just because you are a certain way, doesn’t mean you have to stay that way.

Sheer Strength of Will 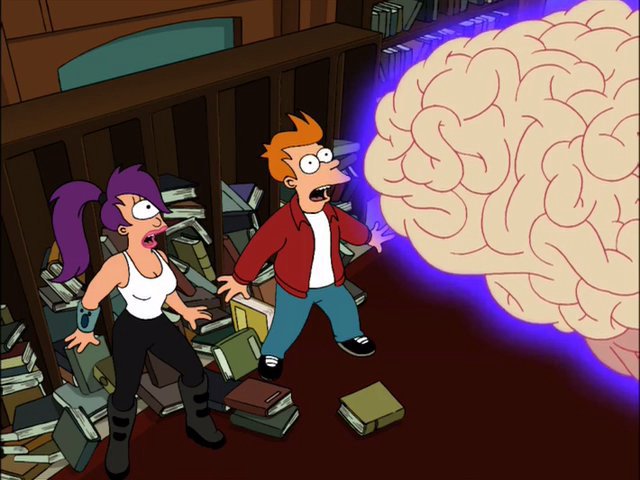 After the evil Brain Spawn invade in “The Day the Earth Stood Stupid” Fry rushes to confront the Big Brain at the New New York Public Library. The Big Brain attacks but his stupefaction field has no effect on Fry. “That’s right!” Fry exclaims, brandishing a book, “And I think you’ll find that a little knowledge is a dangerous thing!” He throws the book but it bounces harmlessly off the Brain. “OK,” Fry says, disappointed, “better think of a new plan.”

This isn’t the first or last time that Fry charged headlong into a situation with lots of energy and little preparation. In “When Aliens Attack” he tries to save the planet (this time from the Omicronians) by directing an hour-long television episode that he didn’t even finish writing. And no matter how ill conceived his plans are he rarely allows fear of failure to get in the way. In “Godfellas” he travels to a Himalayan monastery on the advice of a con-artist gypsy fortune teller machine and spends days randomly searching the universe for Bender with an radio telescope.

What’s most amazing about these three examples is that each time he succeeds! Fry might not be the brightest member of the Planet Express crew, but when it comes to saving the world or helping his friends, he’s the most enthusiastic. That’s the lesson I learned from Fry: maximum effort can go a long way.

Since my career change I’ve launched two major projects. The first is Another Lousy Millennium the Futurama fan podcast I co-host with my brother Luke. The second was a crowdfunding campaign for my webcomic For Molly. Just to be clear, I did a lot of research and preparation for both of these things. But whenever I encountered a problem or started to second guess myself, I pushed through with an enthusiasm and reckless abandon that was pure Phillip J. Fry. Because as I learned from his battle with the Big Brain, plans can change, but for anything to succeed you need a stupid amount of effort.

Never Give Up Hope 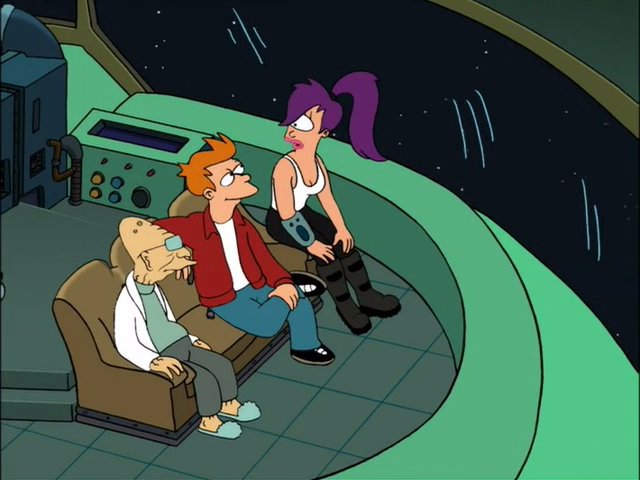 On the Planet Express ship at the end of “A Bicyclops Built for Two,” Leela thanks Fry for exposing her fiance Alcazar, the shapeshifting insectoid who posed as the last male cyclops and almost tricked her into an unhappy marriage. Professor Farnsworth reassures Leela that she’ll have plenty of time to search for her true home as she pays off a shipment of popcorn that she destroyed earlier in the episode. “Yeah,” Leela responds pensively as she looks out the window, “I mean, how many planets can there be?”

In episode after episode we saw Leela’s hopes raised, exploited, and dashed. With Zapp it was hope for a respectable boyfriend, with Alcazar it was hope for the future of the cyclops race, and with Adlai it was hope for a normal life. All three endeavors yielded disappointing results. The unifying thread of it all (and even her attempts to become a superhero or the first female blernsball player) was her hope that one day she will find love, acceptance, and a family. As an orphan and the lone cyclops on Earth what Leela wanted more than anything was a family.

In “Leela’s Homeworld” her hope is finally fulfilled when she discovers her parents living in the New New York sewers. It took four seasons for Leela’s origins to be uncovered, but it was worth the wait. Because in that time, through all of her hardships and heartbreaks, Leela’s true character was revealed. The lesson I learned from Leela was to never give up hope.

First I went against my programming and changed careers. Next I put my maximum effort into my podcast and webcomic. But when I launched the Kickstarter for my webcomic I had a hard time believing it would succeed. In fact, I thought for sure it would fail. But with the help of my friends, family, and some generous strangers I hit my fundraising goal in April and started publishing For Molly in June.

Hope is a hard thing to find, and now that I have it I’m doing my best to keep it alive. Because that’s the most important lesson the show taught me. Look past the spaceships, talking heads in jars, horrible gelatinous blobs and that one pizza box that threatened to fight Fry and you’ll see the real truth of Futurama. A delivery boy that hoped for a better life, a robot that hoped to be more than the average automaton and a lonely orphan that hoped to find a family. Futurama taught me to never give up hope for the future.

View all posts by Gabriele Cheng