Hey everyone, hope you’re enjoying this list.  Just a reminder, some of these sketches can only be seen on NBC’s website where I couldn’t embed the link.  Just click on the name of the sketch, and you’ll be able to see it.  Please enjoy, and let me know which sketches you hope make the list!

Controversial pick, because there were accusations of plagiarism about this sketch.  But it’s just too funny. Props to Kenan Thompson’s Reginald VelJohnson impression.

There have been several of these holiday food videos with Edward Norton, and Michael Keaton.  But my favorite is the one starring Kristen Wiig. Everything about her is just unsettling. Great prop work, and a great performance make this a must watch.

This is the best sketch to make use of Pete Davidson’s talent.  Davidson can only really play emotionally detached, so this sketch is just an excuse to have him sit and deliver 20 great punchlines.

A Les Miserables inspired musical about the life of a lobster at a diner. The set up is so bizarre that it’s brilliant.  For me, the joke gets less funny as it goes on. Still, it needs to be included on this list for the set up alone.

The Hunger Games inspired an onslaught of YA dystopian movies, and “The Group Hopper” is a perfect skewering of them.  Using bizarre names for mundane things like ‘lurkies’, the fear of being ‘categoried’, and also some amazing cinematography.

If you’re an insomniac like me, New Year’s loses appeal as a holiday because it’s basically like every other night.  If you’re anything else like me, you’ll also know how hard it is to keep plans on New Year’s. This sketch captures how hard it is to catch up with friends at a party when bar hopping, as Beck Bennett plays a beleaguered guy just trying to get to a party.

“Get Ready For Riley!”  I feel like this Fred Armisen character was supposed to be a recurring bit that just never came to fruition. Armisen plays Riley, an extremely sassy and effeminate child, who has dinner with a friend’s family.  I really like Armisen’s energy, and I especially like Jason Sudeikis as the exasperated father.

What if we just let Melissa McCarthy do whatever she wanted?  This was McCarthy’s first time as host, and she knocked it out of the park in her first sketch on the show.  She manages to turn someone as aggressive and unlikeable as Arlene into an oddly loveable character.

I’m not sure if YouTube pranksters/hypebeasts performing ‘social experiments’ by exploiting poor people is still a thing, but it definitely was in the mid 2010s. Beck Bennett and Kyle Mooney really nail the speaking pattern of these YouTuber bros as they tackle issues like bullying, and discrimination in the office.  It’s a perfect takedown of this awful trend.

Hey, filling up a 24/7 news cycle is incredibly difficult.  This take on how CNN fills their daytime lineup is a great take on the pointless ways to fill a news story.  But props have to go to Cecily Strong, who nails the inflection of nearly every news anchor.

Probably one of the best uses of a set in a sketch.  This sketch pairs up Horrible Bosses co-stars Charlie Day and Jason Sudeikis.  Sudeikis is a cop at a murder scene, and Day is the detective that has no knowledge of pop culture.  It’s a great use of Day’s erratic energy

Making fun of the child actors is a layup of an idea, but maybe not memorable.  But using former child actors Miley Cyrus and Kenan Thompson to make fun of child acting?  Now you’ve got a great sketch. The two nail all the hallmarks of bad child acting and children’s show jokes.  Plus Kenan is incredible as Raven Symone, it’s kind of a surprise he hasn’t brought back the character.

Paul Brittain was only on the show for two seasons. Which is a shame, because I was a big fan of a lot of his work on the show.  Still if Brittain is remembered for any character it’s probably Lord Wyndemere; a 16th Century noble. It’s such a bizarre character that works.  Mostly from Brittain’s energy but also because of Jason Sudeikis’ enthusiasm.

‘Lorenzo Macintosh’ might be my favorite recurring character of Kenan Thompson. That’s impressive considering Thompson is the longest running cast member in the shows history. Thompson’s fake hardened criminal is just really funny.  It was a toss up on including his appearance with Betty White or Zach Galifianakis, in the end I chose the one with Betty White.

A fun music video about returning home for the holidays with your significant other.  Yeah, I guess this video was a little too intended to be shared across social media, but it’s still a ton of fun. Plus, the picture of Aidy always cracks me up.

If someone were to ask me what makes a good SNL sketch, I’d probably show them this.  A To Catch a Predator type show has to do a second take, and hijinks ensue.  Great premise, great jokes, and it ends at an appropriate time.  Not much else I could ask for.

Andy Samberg was never known for doing accurate impressions(with the exception of Mark Wahlberg), but rather his goofball personality. So his version of Nicolas Cage is less based on Cage’s actual mannerisms or personality, and more the Internet’s jokes about Cage’s insane performances and appearance in hundreds of movies.  The crowning achievement of this character was when he finally got the real Nicolas Cage to appear. Real Cage is a good sport about the whole thing, and for anyone who is familiar with Cage’s filmography, a this is a great way to honor the actor.

If you’ve ever followed a hyper #woke person on twitter, you may have come across someone like this.  Cecily Strong nails the holier than thou tone of voice, and confused political statements. “There are homeless people who can’t pay their mortgages!” This is just a great example of a character that thinks they’re smarter than they actually are.

This is based off of a real commercial, which is in itself a joke.  But what sells it for me is watching Nasim Pedrad go off on Kristen Wiig. 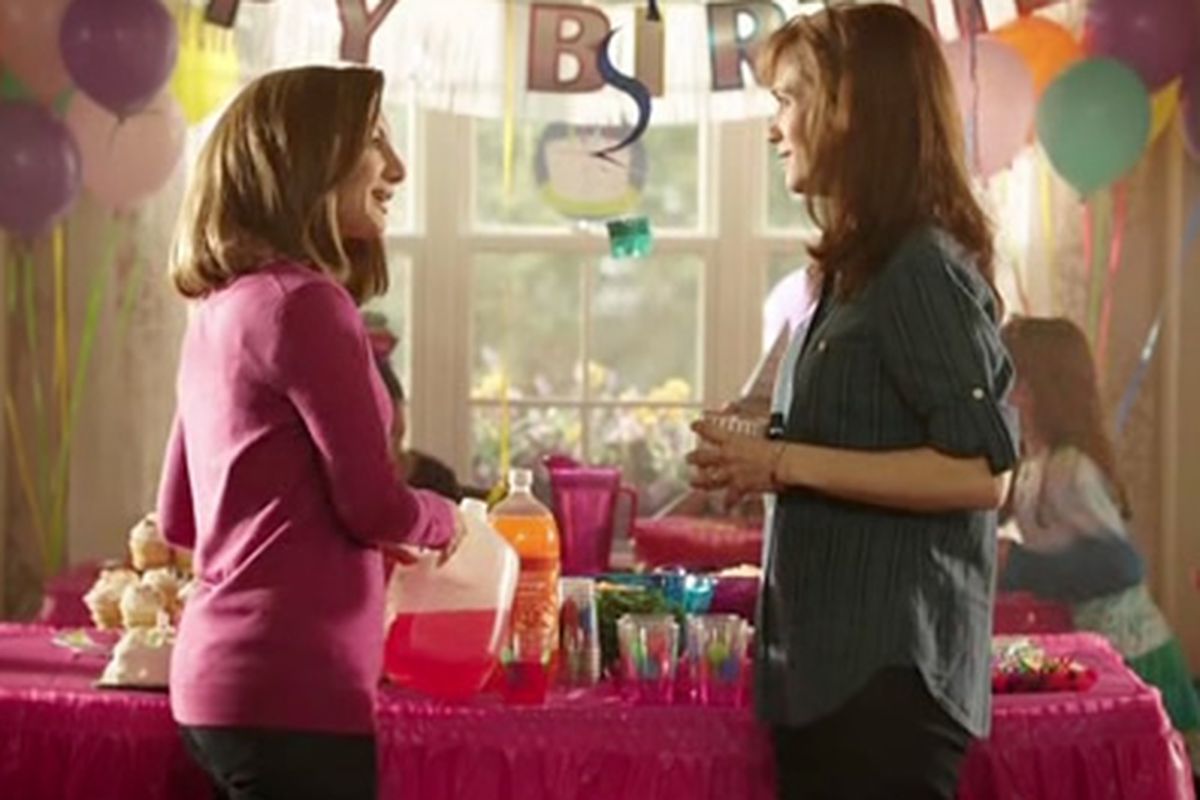 The Cat in the Hat running into an ex. Yeah that’s a pretty funny concept.  But once you add Bill Hader’s energy as The Cat, and Cecily Strong as an ex, you get magic.