This sketch is just about perfect.  There’s a clear punchline/point to be made.  Plus Tina Fey and Amy Poehler are on their A-Game.  Game shows are a classic set up for sketches, and this may be one of the best ones.

One of the few pieces of political comedy that’s actually landed in the past few years.  Melissa McCarthy as Sean Spicer is not only funny, but is actually critical of the politician.  I think that’s for a couple reasons. 1. Melissa McCarthy is a comedic force of nature, so it’s best to just let her loose 2. She manages to present Spicer as dumb and unlikeable. Watching McCarthy as a bull in a china shop knocking down every other performer is such a sight to behold.  How major networks saw this sketch and thought audiences wanted to see the real Sean Spicer appear on prime time TV is a choice I will never understand…

This sketch is a parody of a real Scientology music video. This is one of the few sketches that actually manages to have some bite with critiquing an organization.  Especially one as powerful as Scientology.

This sketch perfectly captures 90s commercials with the aesthetic and tone.  The sketch also plays really well with the live format of the show. This is a great performance by both host Kevin Hart and TIm Robinson.  Robinson only lasted one season, which is a shame, because we missed out on great sketches like this.

What always set The Lonely Island apart was that they are just as good at music as they are at comedy.  Adding soft rocker Michael Bolton, an artist famous for his love ballads, to a hardcore party song would make this funny enough.  But they take it up a notch by having Bolton sing the plot to The Pirates of the Carribbean films.  It’s a decision that makes this one of the more well beloved Lonely Island songs.

Taran Killam’s critic from the 1870’s is an excuse for the actor to say harsh comments on pop culture. What impresses me is how much the audience actually turns against him. It’s just a brave performance for a performer to take on an entire audience.  Plus, all the punchlines land perfectly. It’s really all you can ask for in a Weekend Update appearance.

Bill Hader’s portrayal of the flamboyant club kid Stefon might be the biggest breakout character of the decade.  The character is a great way for Hader to deliver pop culture/club jokes. Plus, Hader not knowing what John Mulaney wrote in the script, would make him break.  Just a great Weekend Update character.

Kate McKinnon and Aidy Bryant have some of the best chemistry as a duo.  So a 70s buddy cop show of the two works really well. With little to no dialogue, they manage to capture the aesthetic and tone of 70s detective  shows. Plus the cinematography and visual style is absolutely perfect. It’s a shame that a series that has a history of reusing ideas too much hasn’t given us more of this series.  Seriously, I’d watch a movie of Dyke and Fats.

Wiig always excelled at character work during her run on the show.  But for me, her best was Judy Grimes, a travel expert who gets nervous on TV.  Grimes nervous fast talking and verbal cliche of “Just Kidding” allow for several great jokes.  Her final appearance was probably Wiig’s best performance as this character.

The Laser Cats got the most installments in the “Digital Shorts” era.  Andy Samberg & Bill Hader’s parodies of low budget sci-fi movies were always a hit.  But the final installment directed by Steven Spielberg is hands down my favorite. Samberg and Hader always brought their A-Game for these shorts, but for me Spielberg’s is the one who makes this sketch.  The man looks like he’s having the time of his life. You couldn’t ask for a better way to end the Laser Cats series.

I’m a sucker for a good Peanuts parody.  Throw in impressions of Al Pacino, Edie Falco, Michael Keaton and Kristen Chenowith, and this sketch goes near the top.  But the clear MVP of this sketch has to be Martin Short’s perfect impression of Larry David. “You’re a rat Bastard Charlie Brown” has definitely become required holiday viewing in recent years.

Possibly the best physical comedy performance SNL has had this decade.  Melissa McCarthy’s LuLu Diamonds absolutely nails the glamor and double entendres of Old Hollywood.  Plus the joke of “What if Mae West couldn’t make it up the stairs?” is too perfect.

Kyle Mooney’s Bruce Chandling is a work of character genius.  A comedian that’s designed to always bomb on a live comedy show is a bold choice. In a way the audience’s silence becomes the actual joke itself.  But it’s this cut for time bit where Mooney truly shines. There’s an actual humanity to Chandling that Mooney manages to find. Also, props to Kevin Hart for playing off Chandling so well.

Puppets are hilarious, that’s just a fact. And a sketch where Kenan Thompson can’t come up with a personality for his puppet, or Vanessa Bayer voices a valley-girl puppet would be great.  But Bill Hader as a war veteran with a puppet veteran working through his PTSD make this sketch legendary.

Having to pick just one of this trilogy was nearly impossible, as all 3 are on par with each other.  Each cast member gets a hack comedian with gimmick/catchphrase. It’s a simple premise that allowed each featured player to show off their personality. Even the weaker ones in this series are brilliant.

The fake sitcoms made by Kyle Mooney and Beck Bennett were practically made for me and my sense of humor exclusively.  I could’ve flooded the top ten with each of their other sitcom iterations, so consider them all honorable mentions. In order to not be repetitive, I went with what I thought their strongest one was.  Chris Pratt trying to be friends with 8-year-olds, the wooden acting from Mooney, the bizarre transitions! All of these make this sketch an all-time favorite of mine.

There’s not too much to this one. How does Liza Minelli turn off a lamp? Kristen Wiig does a great job matching the energy of the Broadway legend with her over the top dancing. Wiig’s energy is what’s made this sketch so enduring, and I think there’s a reason it’s found a new surge in viral popularity. There’s nothing too deep about this one, it’s just a goofy premise with a brilliant actress.

It starts off as a parody of Dead Poets Society, only to take a major turn halfway through.  Not sure if I’ve heard an audience laugh harder than they did at this sketch.  It’s truly some of the shows best work this decade.

Part 1 is an awkward sketch of cringe comedy starring Zach Galifianakis that you can tell the audience isn’t really into.  But it comes with a massive payoff later in the episode. I put this sketch as #1 because I think it’s not only one of the funniest sketches I’ve seen, but because it makes the best use of the shows format. In an age where sketch comedy is so pervasive both on TV and the Internet, you can really question why SNL is still popular, when there are so many other options out there.  But this sketch really sells why SNL stands apart, even 40 years later. Sure, other sketch shows may have a better track record than SNL. But it’s the live element of the show, the idea that anything can happen, that sets SNL apart from every other sketch show out there. Watching this episode live, you have no clue what’s happening in Part 1, which makes the follow up to this sketch all the funnier.  Darrel’s House is a sketch that can only exist on SNL and for that reason, I’m putting it as #1. 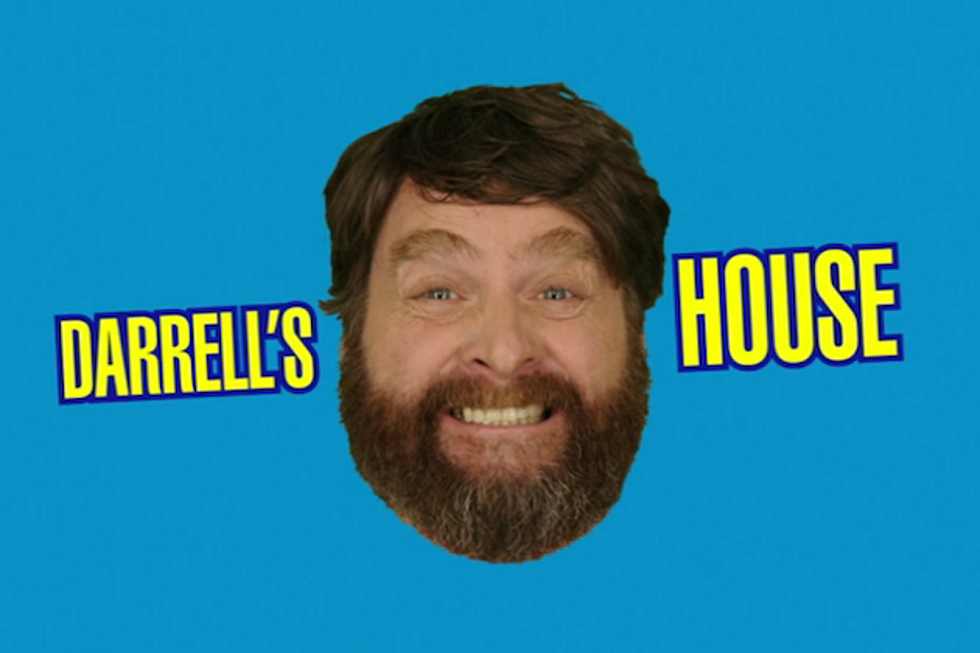